When we planned our Italian itinerary, we knew we would start in the north and head south, and initially were going to get a ferry directly from Rovinj to Venice and start there, however we later changed plans as a train from Trieste to Venice was cheaper and the drive from Rovinj to Trieste is easy enough being just over an hour, with a short transit through the small Slovenian coastline.

Trieste is definitely not the quintessential Italian city. It has been strongly influenced by a combination of Italian, German/Austrian and Slavic cultures due to its position both physically and in history. Following the Second World War, the area was an independent state called ‘The Free Territory of Trieste’ in order to satisfy claims of the land from both Italy and Yugoslavia and the mixed population of the area. It was short lived, however, and was divided into what the current borders are now. Nonetheless, the area remained an important connecting point between the two sides of the ‘Iron Curtain’ and there is even a movement today for the area to become independent again.

As we were only in Trieste for one night as a means to break up the journey, we chose a hotel that was located close to the Trieste Centrale train station. We stayed at NH Trieste (claims to be a 4-stars hotel but definitely isn’t), which was suitable for our one night there.

We had focaccia for lunch at “Eataly”, the now worldwide known Italian super store. The location in Trieste is set on the port, where we ate with views of some mega-yachts. We later ate dinner at a restaurant in the city centre, which name we don’t even know because it was not worth remembering. No doubt there would be some good food in Trieste, but nothing that we can recommend.

Miramare Castle: This castle (pictured at the top of the page) was built in the 1850s for the Austrian Archduke, but was also used by Nazi German troops while they occupied the city and, later, New Zealand, British and American troops. It does cost to go inside (which we did not do) but you can access the grounds for free, which provide some nice views of the Gulf of Trieste. 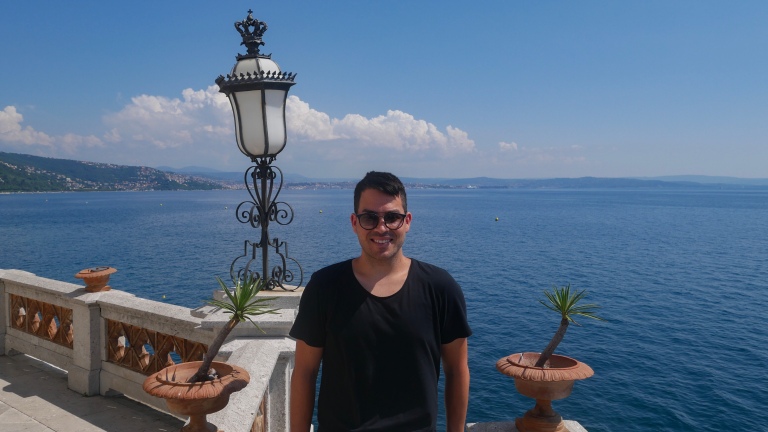 Faro Della Vittoria: The “Victory Lighthouse” is one of the tallest in the world and you can go up to the top for free, which we did, but mostly just to pass time.

Piazza Unità d’Italia: A large piazza in the centre of the city, surrounded mon three sides by grand buildings and the fourth by the sea (well, the road and then the sea). It is apparently the largest square in Europe that is located next to the sea. 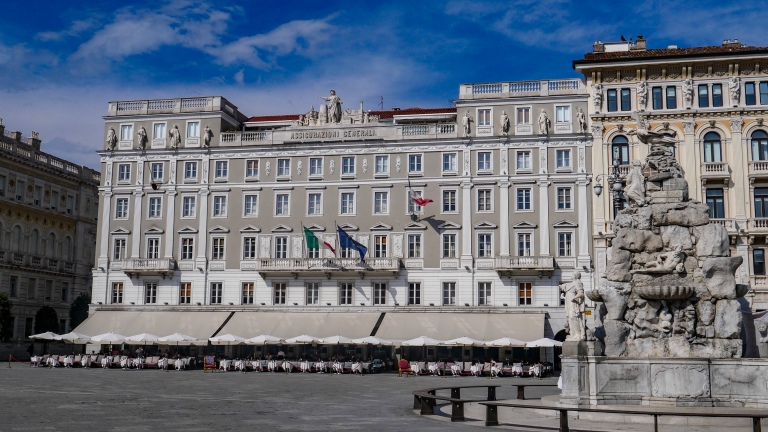 Overall, there’s not much need in anybody really coming to Trieste when there’s plenty of other more exciting and beautiful places in Italy.