As previously mentioned, the main reason we went to Lisbon was for the Eurovision Song Contest. Todd has been a fan of it since 2004 and Brodie since 2015 (after being forced to watch and listen to it), so attending it in person was bound to happen one day. We were lucky enough to get tickets to all three live shows (both Semi-Finals and the Grand Final), despite a ridiculously stressful and ill-managed ticketing system.

We had arranged to meet up with friends from Slovenia and Croatia, as well as some friends from home. It was surprising to see the amount of fans that were present from Australia, although judging by their behaviour, many seemed to think they were in Bali instead of Portugal. 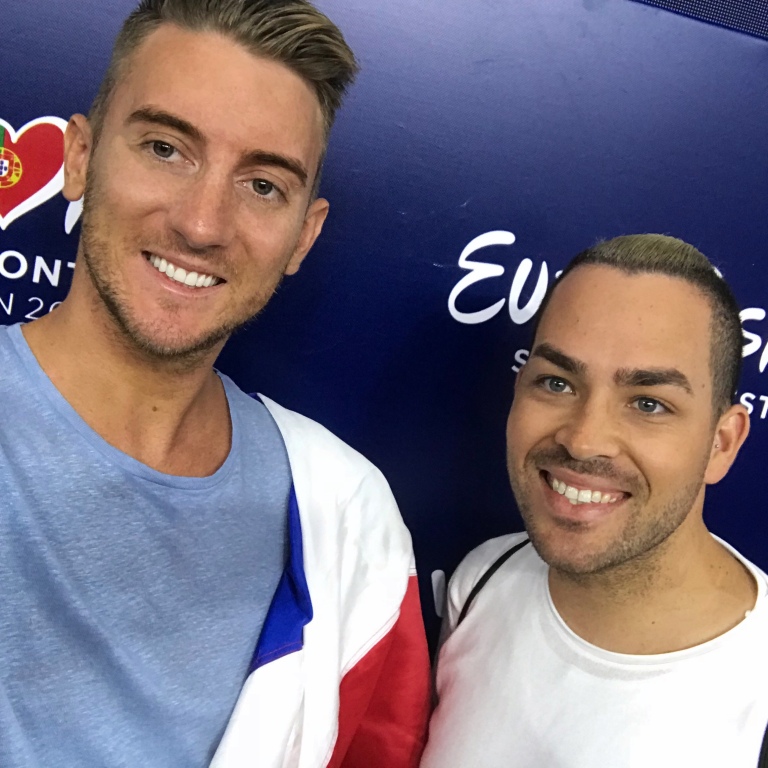 For the first semi-final we had tickets for the ‘Golden Circle’, which was the small semi-circle within the stage itself and included a backstage tour. Both “backstage” and “tour” were a stretch, however it was totally worth it to be the first ones to enter the arena and secure a spot at the very front; literally one metre from the stage. The Golden Circle was essentially Sydney Mardi Gras United Nations’ Edition jammed into a 20 metre wide area, with gays from all corners of Europe (and the world) waving flags and dressed in outrageous costumes. 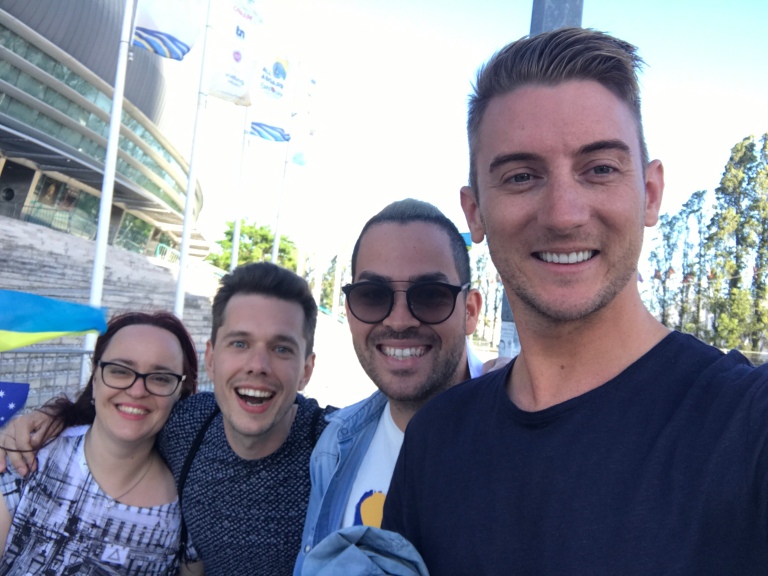 Speaking of flags, there was some controversy with the Chinese broadcaster after they refused to air Albania’s performance due to the singer having tattoos, and Ireland’s performance due to the two male dancers depicting a same-sex relationship. In addition to this, they also censored out any rainbow flags in the audience, which included the one that the British couple next to us were waving. The Chinese editors, however, were a bit eager with their censoring and also cut Todd out of the broadcast at one point. #Rude 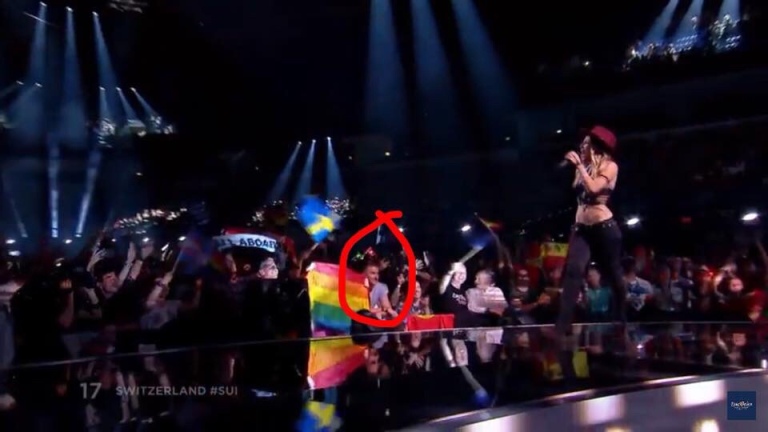 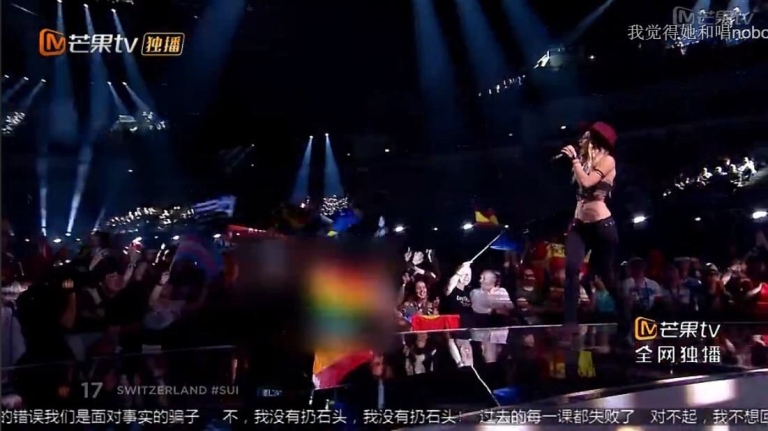 The atmosphere inside the arena was explosive, with people cheering and singing along, to booing whenever Russia was shown or mentioned. It was amazing to see the support behind the UK representative after some idiot jumped on stage and forced the microphone out of her hand, with everybody cheering in encouragement and singing loudly, despite the song being incredibly mediocre. Australia receiving the least amount of points from the European public in the Grand Final was also a highlight for Todd, who refuses to accept their participation in the competition.

The Israeli song had been the favourite to win for the month leading up to the competition, and it was also our personal favourite. During Eurovision Week however, the odds were constantly changing with various countries moving around the leaderboard with the bookies. Coming into the Grand Final, there were a few hot favourites and it wasn’t until the last votes were announced that we found out Israel had won, unlike previous years where the country that ends up winning leads the scoreboard from the start.

The Eurovision Song Contest is such a mixture of everything; glitz and camp to depressing ballads and heavy metal, rivalries between countries, political statements, presenters that cannot intonate in English correctly, and anything else you can possibly imagine! We doubt this will be our last time at Eurovision.

Our Favourite Things about Eurovision

Brodie: Watching and listening to the super fans from all over the world.

Todd: Israel winning and the singer shouting “next year in Jerusalem” during her speech.